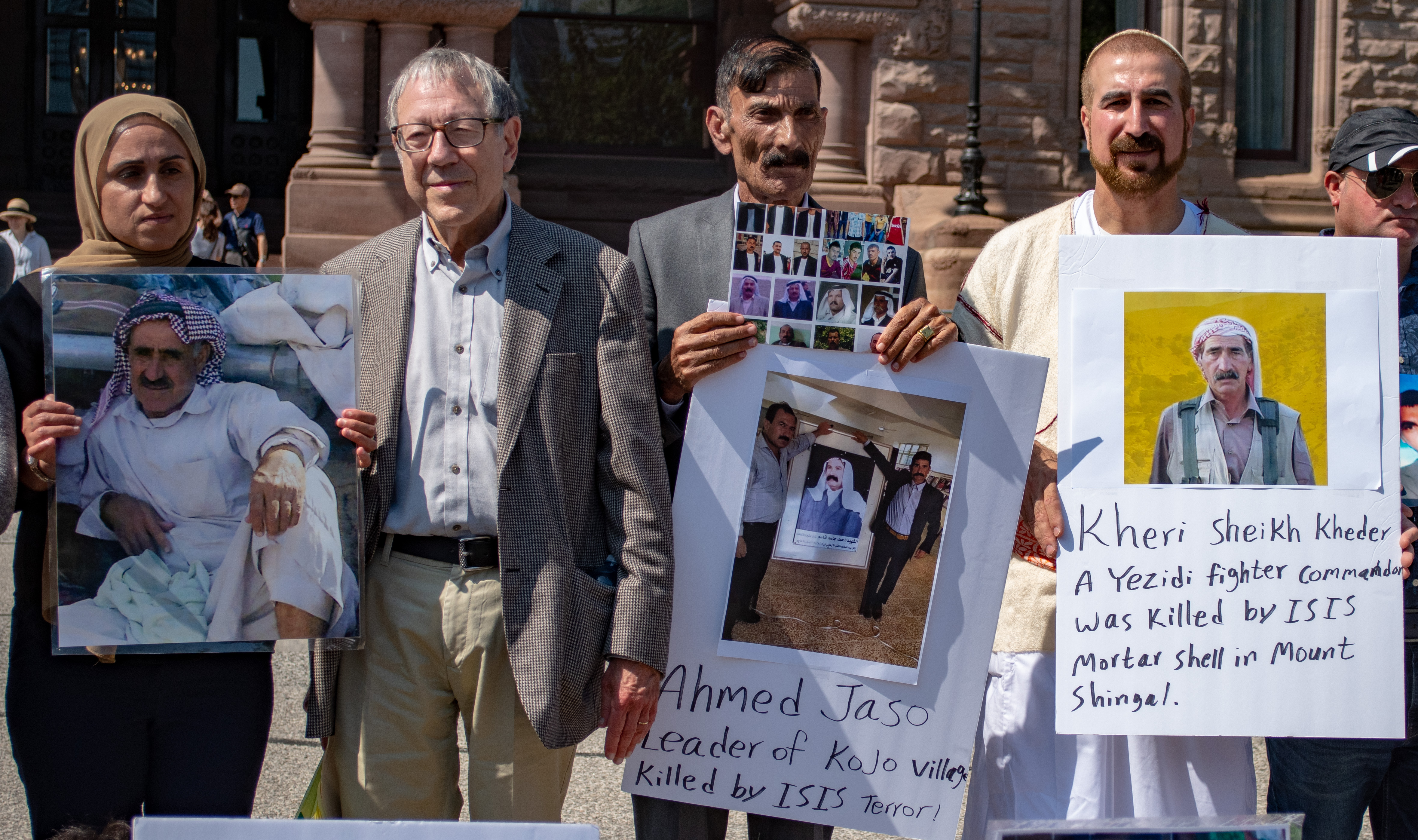 Sunday, August 4th, the GTA Yezidi community met at Queen's Park to commemorate the fifth anniversary of the Mount Sinjar genocide of August 2014.

Joining the commemoration in support of Yezidi community were many organizations and interfaith groups, as well as MPs and MPPs. The keynote speaker was Irwin Cotler, Chair of the Raoul Wallenberg Centre for Human Rights. Karen Goldenberg, Chair of Project Abraham was the MC.