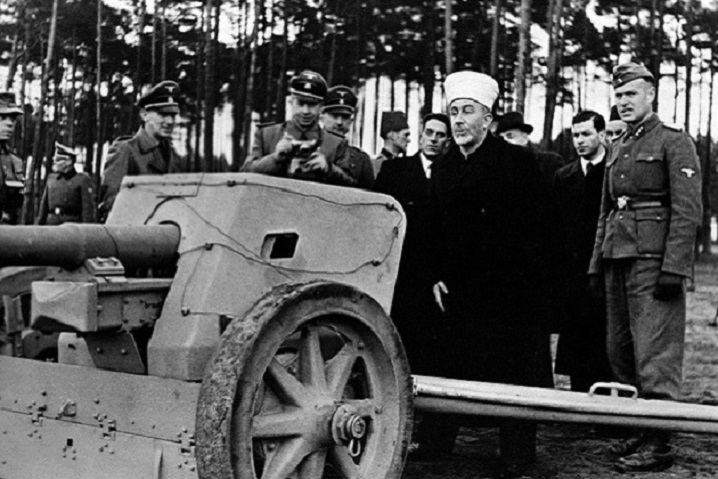 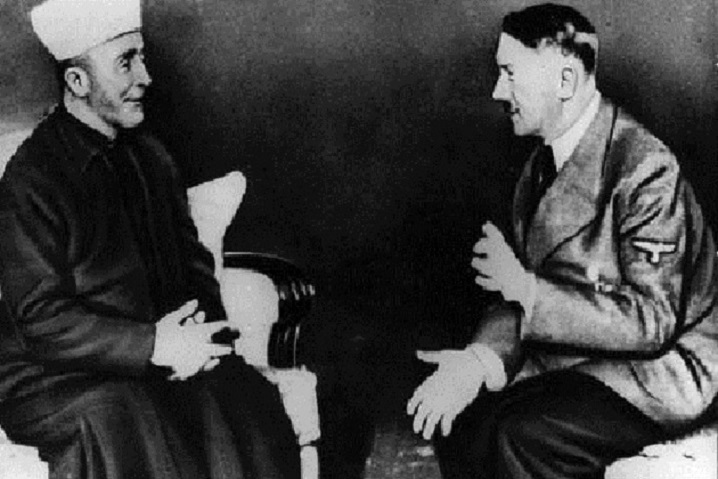 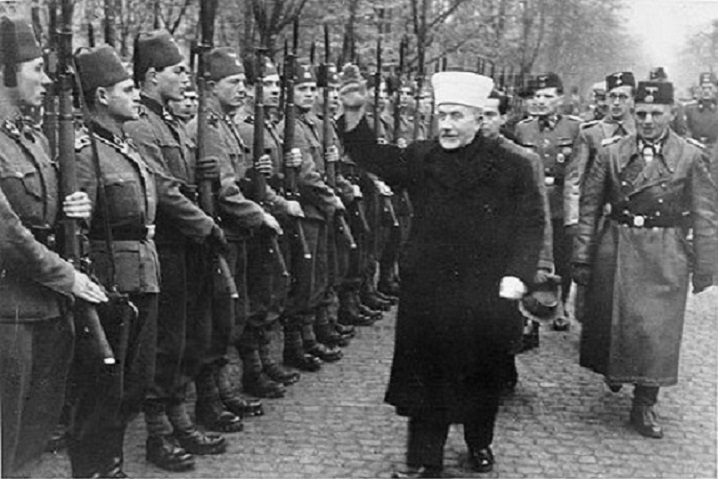 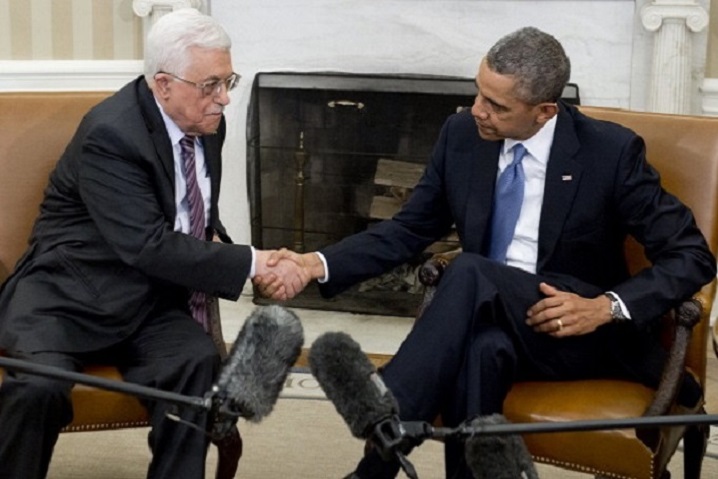 Mahmoud Abbas, today's President of the Palestine Authority, has praised Haj Amin in many speeches

Haj Amin al Husseini, the Grand Mufti of Jerusalem, was the Moslem religious leader of Jerusalem’s Muslim community and of those Moslems living in the land of Israel during the early years of the British Mandate. During WWII, he moved to Berlin where he became an intimate of Adolph Hitler. He was also one of Adolph Eichmann’s close friends and colleagues.

From Berlin, Haj Amin broadcast to the Arab world in support of the Nazis, and against the Allies. He preached hatred for the Jewish people. He actively raised Moslem troops for the SS - the Skanderbeg & Handschar Divisions - from Bosnia to fight with the Nazis in the Balkans. In a letter to the Nazi Ministry of Foreign Affairs in 1944, while the German extermination camps were murdering hundreds of thousands of Jews, he asked that the Nazis take the “necessary steps to stop the Jews from emigrating." Al Husseini managed to escape Germany. After being welcomed by King Farouk to post war Egypt, he took up residence in Lebanon. From there, he carried on his anti-Jewish and anti-Israel activities, until his death in 1974.

In public speeches Mahmoud Abbas, the current President of the Palestinian Authority, has praised the Mufti as a man whose ways should be emulated by all Palestinian Arabs.

Please sign this petition that appeals to Mahmoud Abbas, President, The Palestinian Authority to repudiate any official praise or support for the late Haj Amin al Husseini.