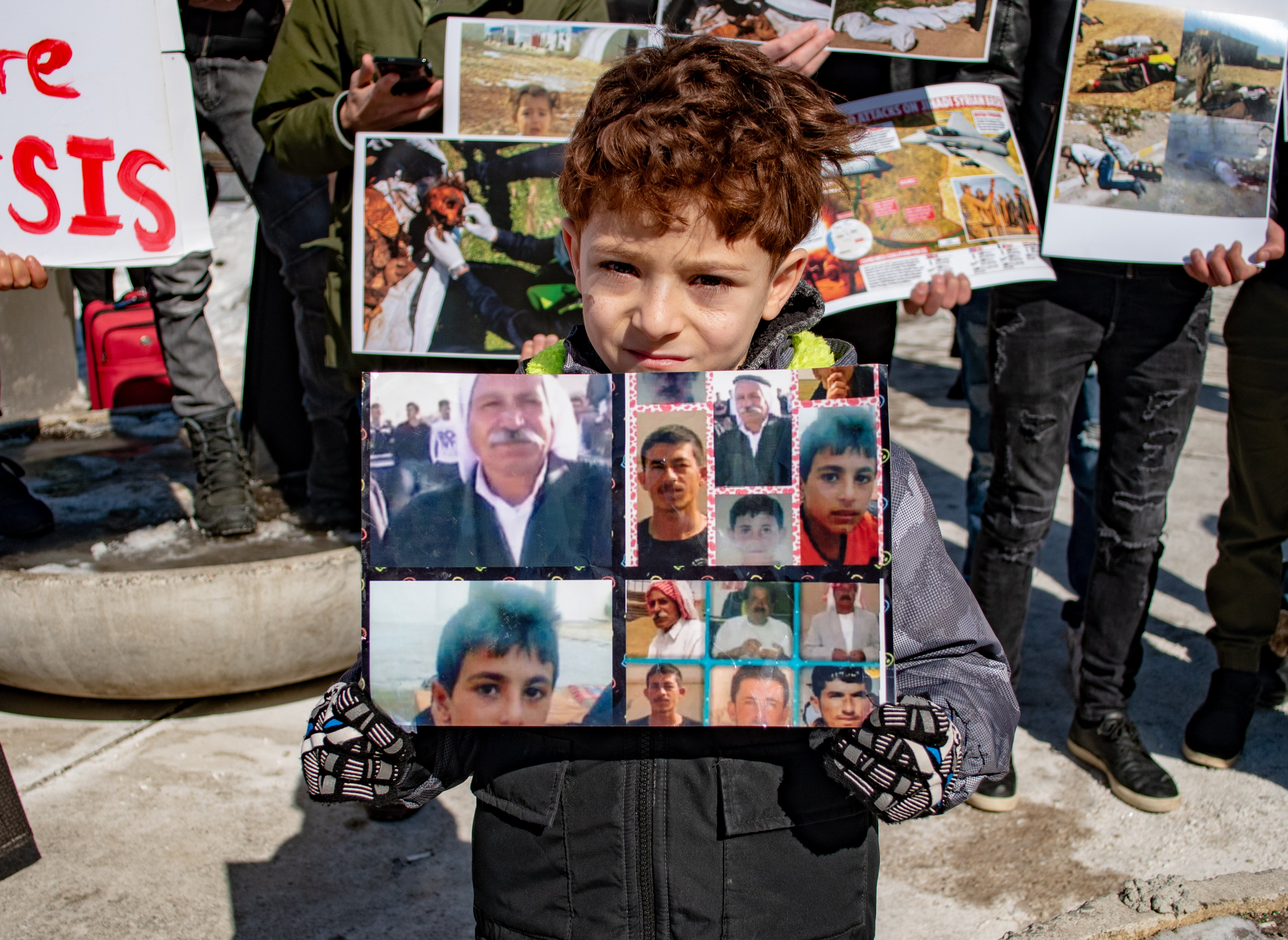 It was with hope that the Yezidi community would obtain the release of their sisters and daughters who were captured by ISIS.  The grim reality is this will not be the case.   As the world watches, the extent of the Yezidi genocide is yet again revealed.  Another mass grave.  Another atrocity inflicted on a peaceful people who have no conflict with anyone.

This year Nadia Murad, a young Yezidi woman, was awarded the 2018 Nobel Peace prize for her for her efforts to end the use of sexual violence as a weapon of war and armed conflict.  As a UN special ambassador, she met with governments and heads of state to plead for significant help and assistance for Yezidi victims of genocide.  Despite world attention and accolades for her bravery and persistent plea for help, the world has not responded in any significant way to aid the Yezidi people who are in the grips of an existential crisis.  This is unacceptable.

Project Abraham calls upon the Government of Canada for rapid deployment of special allocations or emergency assistance for groups who have been victims of genocide or face intense persecution in their home countries, such as the Yezidis.  Secondly, we call upon the Government of Canada to address family reunification by expanding the definition of family to include extended family members for Yazidi refugees given that they are genocide survivors and given that many of their immediate family members are deceased or missing in action, and to immediately clear the backlog in the existing sponsorship cases under the One Year Window provision for children.

We ask you how much more suffering must the Yezidis community endure?  It is time for us to wake up and make a substantial commitment to the Yezidis.  Their very survival demands it.