"No Peace Without Truth"
Jerusalem, Judea and Samaria
By Right, Not by Might 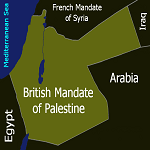 League of Nations Territory of the Mandate for Palestine, the Re-established Homeland of the Jewish People-1920 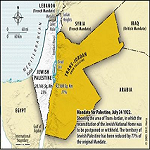 Truncated League of Natons Territory of the Mandate for Palestine; After Eastern Palestine had been arbitrarily given to the Bedouin of the Hejaz from Arabia-1923 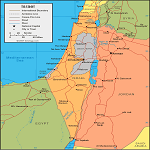 The State of Israel-Armistice Lines: 1948-1967, showing the Jordanian Occupation of Jerusalem, Judea and Samaria 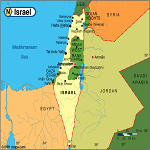 Jerusalem, Judea and Samaria or the "West Bank" - Proposed Territory for a Second Palestinian State

"No Peace Without Truth": Jews are owners, NOT occupiers

Seventy years ago, hate-filled Nazis boycotted Jewish businesses and shut Jews out of intellectual pursuits before murdering them and stealing their homes and property. Unbelievably, it’s happening all over again, today…right in front of our eyes. This time they’re using a brand new lie called ‘occupation’ to try to justify the terrorizing and killing of Jews around the world, as well as the destruction of Israel. Stabbings. Kidnappings. Suicide bombings. Rockets. Murdering of athletes. Airliner bombings. Slaughter of innocent families. Boycotts. Sanctions. Political intimidation. New Two State solutions.

All because Islamists and their allies have convinced the world of a new and monstrous Big Lie: that Jews deserve to die because they ‘stole’ (their own!) land and are (‘illegally’) occupying it.

Except…it’s not true and they know it!

Palestine was Israel’s name after it was changed by Roman conquerors to try to wipe out Jewish history. That’s why, on July 22, 1922, the League of Nations passed the Mandate For Palestine which recognized the ancient Jewish ties to Palestine in its preamble: “Whereas recognition has thereby been given to the historical connection of the Jewish people with Palestine and to the grounds for reconstituting their national home in that country;”

Article 6 of the Mandate says, “The Administration of Palestine…shall facilitate Jewish immigration…and shall encourage…close settlement by Jews on the land…” This was Israel’s land title deed to ALL of Israel west of the Jordan River, including Judea and Samaria (often incorrectly called the ‘West Bank’—the name given to the area during the illegal Jordanian occupation that finally ended in 1967).

Article 25 initiated the ‘original’ Two-State solution which specifically took land promised to Jews east of the Jordan River and used it instead to create the Arab-Palestinian State of Jordan.

In 1922 the world gave the Jewish People their ancient homeland back. Now it is helping terrorists to take it away. It’s wrong, and here’s how YOU can help stop this obscene injustice:

a. Read the Mandate For Palestine, Israel’s land title deed. It’s a short document, it’s easy to understand, and it’s VERY clear about the world’s promises to the Jewish People.

b. Send copies of the Mandate to your Member of Parliament or U.S. Congressperson or Senator.

c. Sign this petition to help us inspire Israeli Knesset members to read it in the Israeli parliament, and Prime Minister Netanyahu to read it aloud in public, on radio and TV. Nothing more -- nothing less!