Vigil for the third anniversary of the Yazidi genocide on Mt. Sinjar, August 3, 2017. 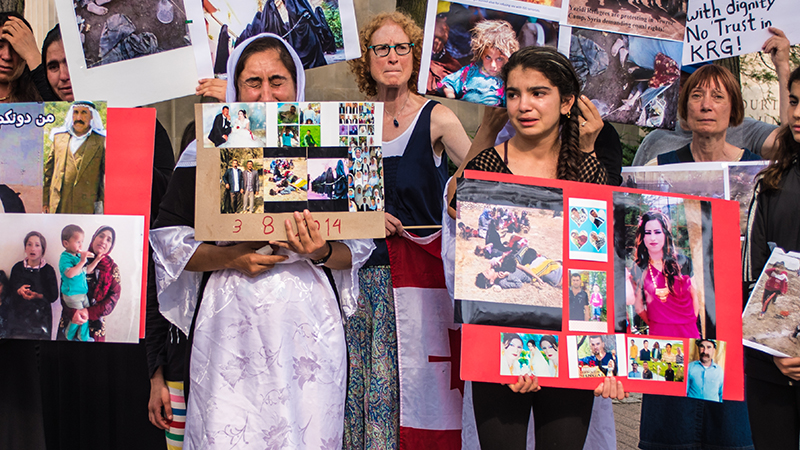 Thursday August 3, 2017 was the third anniversary of the Yazidi genocide on Mt. Sinjar.

Members of the Yazidi community, The Mozuud Freedom Foundation, One Free World International, Yezidi Human Rights Organization - International, and others, met across from the US Consulate on University Avenue in Toronto to demand action to save the Yazidis from annihilation.

The Yazidi genocide continues and the world still watches. Not close to enough was done to prevent the slaughter of the Yazidi men and the kidnapping of women and girls to be used as sex slaves. Not enough is being done to rescue the women and girls, and to help the thousands of displaced Yazidis who have nothing and no where to go. The Yazidis are desperately needing our help.

Please write to your MP and MPP and demand that the Yazidi refugees be brought to Canada as were the Syrians.

To see more photos got to Vigil to Remember Yazidis Genocide