An urgent request from Project Abraham

with contributions by Doris Epstein and Debbie Rose 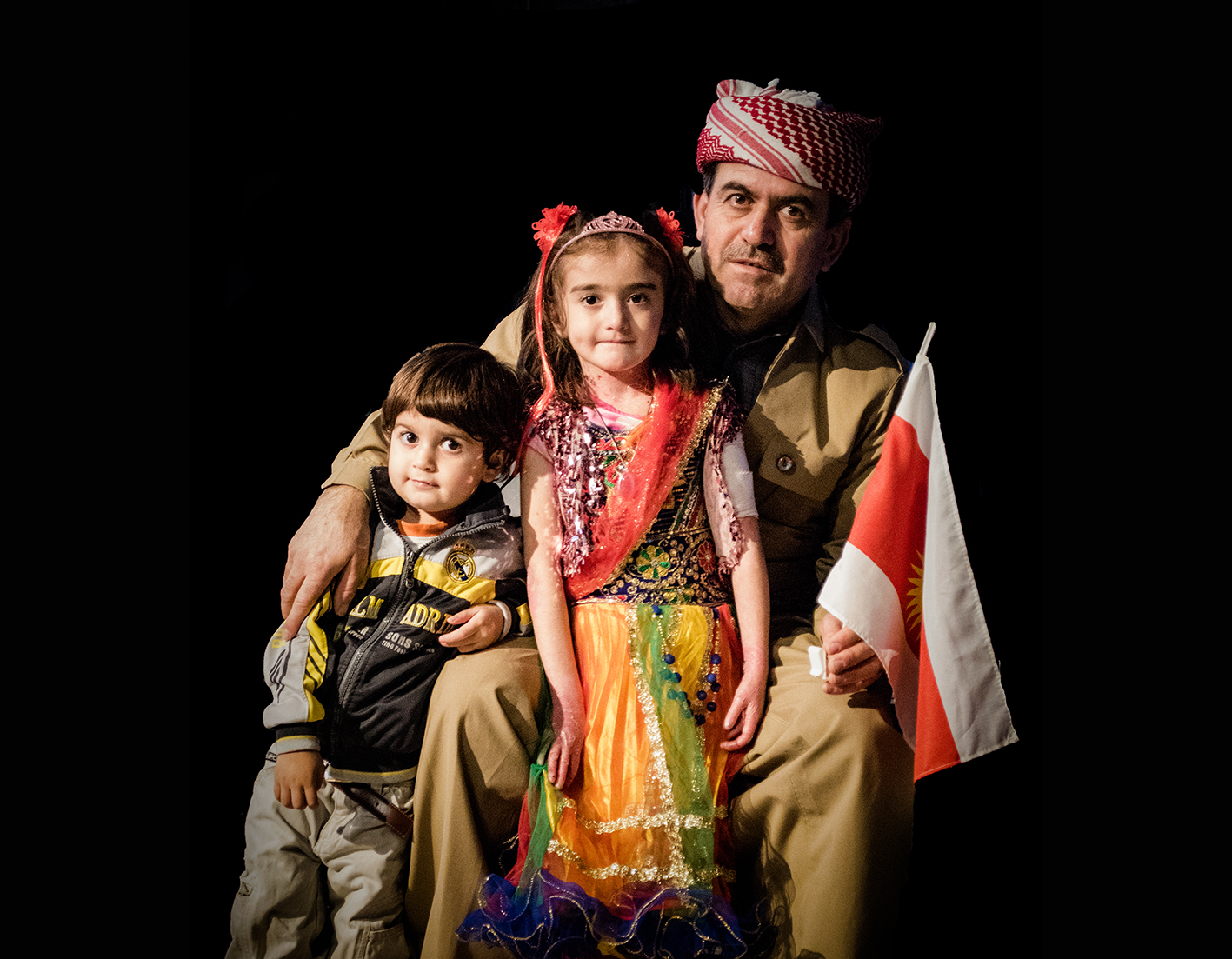 It was January 31, 2016 when Hayder Essw, 47, a Yazidi refugee living in Canada received the news of four Yazidis families drowning while trying to cross the Aegean Sea from Turkey to Greece.  Like thousands of other Yazidis, they were trying to reach what they saw as the freedom of Europe. In their minds, whatever it took to get there was worth the risk. Their lives were already hell, and they had nothing left to lose.

Ten of the Yazidis who drowned were relatives of Hayder. I was at my first Project Abraham meeting when the news of the drowning was announced. This was my first contact with Yazidis and I knew very little of what they were going through – the Yazidi genocide – and nothing about the Yazidis community in Richmond Hill. This was the beginning of my education, and I have been involved, along with my wife, Debbie who is now Manager of Project Abraham, in helping support the Yazidi community ever since.

The tragedy that is the Yazidi genocide is a story of a people that for no fault of their own have been persecuted and marked as infidels by ISIS. For those Yazidis that have managed to escape to the West, they have left behind their spiritual homeland, their families, and established lives, not out of choice, but to survive.

I have come to know Hayder and his family as much as I can, given the difficulties of language. But what I do know of Hayder is that he is a generous, open-hearted man who works tirelessly helping the Yazidi refugees in Richmond Hill.

Hayder, and his wife Kuozi, have been in Canada since 2009. They come from the village of Babirah, just north of Mosul. Babirah was overrun by ISIS in August of 2014.

Hayder’s name is known by Yazidis in Iraq and Turkey as the person to contact if they are lucky enough to get to Toronto. If he knows when they are coming, he meets them at the airport. If they arrive without his knowledge, he seeks them out and assures them that are safe, and that they have community in Canada.

Hayder leaves no Yazidi he can find without food or a place to sleep. His house is their house. Yazidis look after Yazidis, and Hayder has made himself the indispensable centre of the Yazidi community. He takes no money for his efforts, and whatever he has he shares with the entire community.

New refugees call Hayder all the time to tell him that they don’t have milk or for some other need, and Hayder, or one of his family, will run out and make sure their need is taken care of. Day or night.

“When they need help and they come to us, we are happy they are coming to us.” Hayder said.

“We know that they are in a poor situation.”

The new Yazidis refugees don’t speak English. They don’t have cars. They are traumatized with the scars of ISIS, and they rely on Hayder, as do Project Abraham volunteers, who also can count on him when they need his help.

It is healing for the new-comers to be able to be with Yazidis again, to be able to eat communal meals and familiar food, and to speak Kurmanji. They need to feel safe, and Hayder’s home is their home - safe and secure in the knowledge that Hayder will take care of them.

It is a huge responsibility for one man to take on, and a huge amount of work.

Once the refugees arrive, the work never ends. There is a lot of driving when trying to find the new arrivals homes, taking them shopping, and taking them to their appointments. Both Hayder and Kuozi suffer from back problems, exacerbated by the stress of taking care of everyone.

Currently there are 18 people living in Hayder’s home, including his seven children, two of which suffer disabilities. Besides Hayder’s government assistance, there are currently only two breadwinners supporting these people. It is financially difficult for Hayder, but there is no alternative for him. Yazidis take responsibility for their fellow Yazidis. That is just the way it is.

One of Hyder’s brothers is completing college, and he, and his wife and two children, live with Hayder and Kuozi. There is another two years to go before he graduates, but Hayder insists that they all stay with him until his brother can make it on his own. It will make the difference between just surviving or getting a better job. For the Yazidis to integrate in Canada, getting an education and a good job is of paramount importance.

This year saw the arrival of Kuozi’s mother, sister and nephew. At the time of application, Hayder knew nothing of the government sponsored families that would be arriving in Toronto, and how much of his own resources he would need to contribute to support the additional Yazidi refugees. Now he is struggling to take care of his own family, while still trying to help the new government arrivals.

By all standards, Hayder deserves sainthood for his commitment and his compassion. What he is doing goes far beyond what most of us are capable of, and he is doing it all for the right reasons. But he cannot continue without our help.

Project Abraham is conducting a special financial appeal specifically to support Hayder so that he can continue helping the Yazidi community. With his help, the survivors of ISIS who are living in the GTA have a better chance of healing and integrating into the larger Canadian community. They need him, and we at Project Abraham are grateful that he has been the support that has helped to make Project Abraham a success.

Helping the Yazidi community is a tremendous responsibility, and we at Project Abraham are deeply grateful that we have been able to do this through the support of people like you. We know you have been generous with your time and donations, and hopefully, with your help we can raise funds to be able to support Hayder in his important work.

Please give what you can to help Hayder.

Thanking you in advance,

Please send us a cheque. Make it payable to MOZUUD FREEDOM FOUNDATION and send to:


Please note on the cheque: For Hayder Essw